Is a Bitcoin ATM feasible in your Location?

If your location has high traffic, open long hours (preferably 24/7) and open 7 days a week. You could qualify for a Bitcoin ATM Placement and make a guaranteed monthly commission!

Contact our Bitcoin Provider, RockItCoin, and they will get started on your application today! 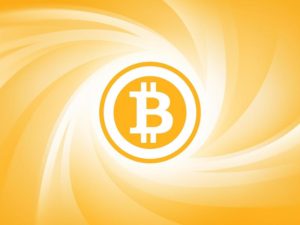 Bitcoin is a new currency that was created in 2009. Transactions are made with no middle men – meaning, no banks! Bitcoin can be used to book hotels on Expedia, shop for furniture on Overstock and buy Xbox games. But much of the hype is about getting rich by trading it. The price of bitcoin skyrocketed into the thousands in 2017.

Bitcoins can be used to buy merchandise anonymously. In addition, international payments are easy and cheap because bitcoins are not tied to any country or subject to regulation. Small businesses may like them because there are no credit card fees. Some people just buy bitcoins as an investment, hoping that they’ll go up in value.

Bitcoins are stored in a “digital wallet,” which exists either in the cloud or on a user’s computer. The wallet is a kind of virtual bank account that allows users to send or receive bitcoins, pay for goods or save their money. Unlike bank accounts, bitcoin wallets are not insured by the FDIC.

For the past seven years, Bitcoin users have been sending value to each other directly instead of using traditional banking services. With Bitcoin, international payments can be made 24/7 to any place in the world for a flat fee ranging from $2 to $4.

Instead of relying on centralized financial institutions, Bitcoin users are boldly adopting a new and decentralized way of transferring value.

Over 14 Million Bitcoin Wallets Have Been Created

Due to the pseudonymous nature of Bitcoin, it is impossible to tell how many people use Bitcoin.

There is an uptrend in the number of newly created wallet addresses since 2010. This number is the upper bound of Bitcoin users; however, the real number of users is much lower because most users have multiple Bitcoin wallets. The addresses are generated by an algorithm so that the number and letter sequences they consist of are random.

The number of addresses automatically gives us an upper limit for the number of Bitcoin users. In September of 2016, Andreas Antonopoulos, the Bitcoin technologist, estimated the real number of users to be between 2 and 4 million. That is quite impressive considering that word-of-mouth marketing is the main way this technology is advertised.

Bitcoin and cryptocurrencies may become an integral part of wealth management from the perspective of portfolio diversification.

This is because Bitcoin represents an entirely different asset class, with different risks and different benefits. Several studies have found that adding Bitcoin to a traditional portfolio with stocks, bonds, and currencies can increase return without adding risk because Bitcoin’s correlation with other asset classes is low to slightly negative.

For those that think the benefits outweigh the costs, there are several easy ways to get more involved.

The largest exchange in the U.S., Coinbase, is licensed and regulated by U.S. government authorities. Making an account takes a few minutes; however, full verification can take up to two days.

New account openers need a state-issued identification card or license and a bank account or credit card. Coinbase charges 1.49% of each Bitcoin purchase if you use your bank account to buy Bitcoin via ACH transfer. If you buy with a credit card, the fee is 3.99%.